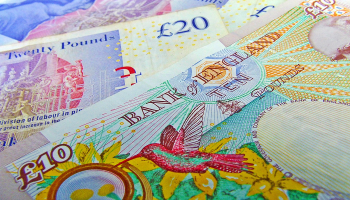 There have been mumblings of a total ban on private sector defined benefit pension transfers in the last few days.

The calls come amidst a marketed increase in requests from people to move their cash out of occupational defined benefit schemes since the pension reforms.

The government put a ban on unfunded public sector schemes shortly after the pension reforms were announced but private sector schemes have been allowed to take part in the revolutionary pension freedoms rules.

Notable objectors to the proposed idea is the Association of Consulting Actuaries (ACA), who state it’s ‘not appropriate’.

ACA Chairman, Bob Scott stated that there is a ‘very real danger’ that a proposed ban would cause a surge in the number of requests before a suggested deadline.

This action could destabilise an already struggling defined benefit sector, with constant reminders of schemes being underfunded and with deficits.

“We don’t see a blanket ban on transfers as the answer. Many schemes may well be happy to see members take transfer values that reflect RPI indexation, always remembering that DB scheme members must take independent advice before making a transfer decision. And if a scheme is concerned that paying transfers at that level would jeopardise funding, and hence other members’ prospective benefits, there are mechanisms under current legislation to reduce transfer values where underfunding is judged to be a problem.

“A blanket ban could also lock some members into schemes where there is a real possibility that targeted benefit will not be forthcoming and it would seem very wrong that in such cases members, particularly those with long service, should be prevented from protecting their pension prospects by way of a transfer ban.”

The rush to unlock the cash held in defined benefit scheme has been constant since the reforms were announced. People with especially large schemes have the chance to retain control of their assets rather than being lost back to the pension scheme if they were to die early, and particularly if they have no spouse.

The recent fall in gilt rates has made the offered Cash Equivalent Transfer Value even more attractive to some.

Related Post: Prufunds are the most popular fund for defined-benefit transfers

Pension Transfer Specialist
4.6
Based on 9 reviews