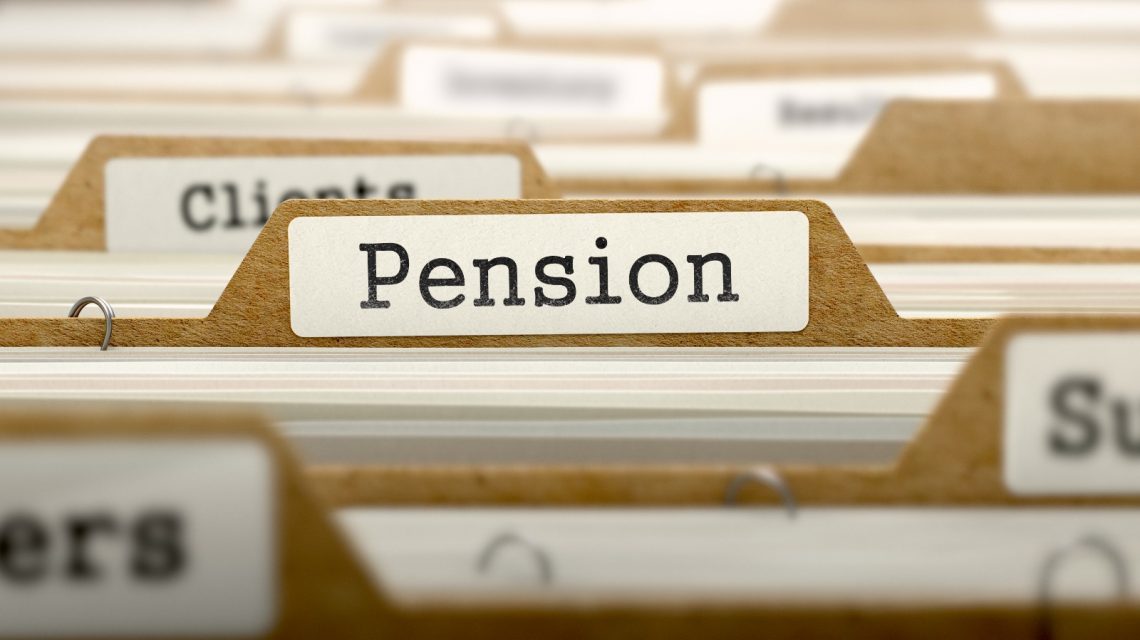 How do I know if I have a final salary pension?

Final salary or defined benefit pensions are those which offer a guaranteed income in retirement. Often referred to as safeguarded benefits, these pensions offer a level of security over defined contribution pensions, which are reliant on stock market performance.

A final salary pension is one that has accrued using your years of service in a company and the income you have earned during that time. The benefit you receive in retirement will be based on your salary when you retire in final salary schemes or your average salary during your career with career average schemes.

Contributions to the pension will be taken every month from your salary, but it is the employers’ responsibility to ensure there is enough money in the pot at the end to pay your benefits. Therefore, the risk is wholly with the final salary scheme and not with the scheme member, as is the case with defined contribution schemes.

If you are still an active member of the scheme, your final income benefit will still be accumulating; however, if you are a deferred member (someone who is no longer in the scheme), your benefit at retirement will only go up by the stated inflation rates of the scheme.

Since the Pension Scheme Act 2015 gave rights to convert safeguarded benefits to flexible benefits, many people have taken the opportunity to transfer out of final salary pensions.

Although final salary pensions are an excellent retirement pension for the vast majority, some could benefit from transferring to a more flexible arrangement.

The most common reasons people are looking to transfer include:

Being surplus to needs:

Some people have a few pensions by the time they retire. Those wishing to transfer final salary schemes may not need the additional income offered by one or more of their schemes.

If they can meet their retirement expenditure from other pensions and state benefits, the additional income of another final salary scheme will be tax-inefficient. Taking unnecessary income may move someone over an income tax threshold, such as 20% to 40%.

Also, if additional, un-needed income is taken and subsequently accumulated in bank accounts, this could become chargeable to inheritance tax. Leaving un-needed funds in a pension escapes the inheritance tax calculations on death.

Having other savings or investments

If someone has a large amount of none-pension savings in ISA’s, cash accounts or other investments, they may not need or want to take the final salary pension income to cover their retirement outgoings. Equally, they may have additional income through buy to let properties or investment income from dividends.

If someone has had ill health, which they know has shortened their life, they may wish to utilise the funds now, whilst they are still healthy enough to do so. Although we don’t know when we are about to die, some have had severe illnesses that statistically shorter life expectancy. In these instances, people want to get value out of their pensions or at least protect them to pass onto loved ones on death. It should be noted that if in serious ill health, death within two years of a transfer could bring about an inheritance tax liability to your estate.

This is one of the most common reasons stated to move a final salary scheme. However, for a Pension Transfer Specialist to sign the transfer off, this has to be quantified.

People often say they want flexibility but don’t know how flexible they need income to be or for what.

Perceived risk to the ceding scheme:

Many final salary/defined benefit schemes are underfunded. This means that if all the members wanted to draw their pension in the same year, there wouldn’t be enough funds in the pot. Companies are continually overfunding schemes to make up the gap, but for some companies, this simply isn’t affordable.

If a scheme fails, there is support in the form of the Pension Protection Fund; however, this has limits. There is a maximum annual salary limit on what they will cover and only covering 90% of the promised pension. Therefore a scheme failing is more worrying to those with larger pensions.

Benefits of a Final Salary Pension:

A final salary/defined benefit pension has many benefits, often overlooked by those considering a transfer out.

For starters, the income received in retirement is based on the number of years in the scheme and the salary earned during that time. It is not, like a defined contribution scheme, based on stock market performance. The investment risk is therefore taken away from the employee and borne by the employer.

Final salary schemes, for the most part, also include inflationary benefits. This protects your future income against the rising cost of inflation. In addition, it allows for your retirement income to not lose spending power as you move through later years.

The scheme will have varying forms of inflationary protection, some will rise by fixed figures such as 3% per annum, and others will rise with inflation to a cap of 5%. Depending on when they were accumulated, different parts of your pension will likely rise at different rates and have different maximum caps.

The death benefits of these types of schemes are also a valuable addition. If you die before or after retirement age, your spouse, partner or dependents may receive a payout. This is often reflective of the income you were going to receive or are receiving.

The most common payout is 50% of income, meaning that if you were receiving £10,000 at death, the death benefits to your loved one would be £5,000 (50% of the original income). The death benefit income is also inflation proofed and will pay until the 2nd person dies. In addition, some schemes offer a dependant benefit for children, often 25%, which will pay whilst they are in full-time education or for life if they have a qualifying medical condition.

At retirement, there are usually two income options quoted.

Full income is where the benefits are calculated to offer the maximum lifetime income.

Transferring a final salary pension comes with risks that should be carefully considered before giving up these valuable benefits.

Moving a pension away from one which provides a guaranteed income to one which provides a flexible income comes with investment risk. In its current form, the investment risk is with the scheme. It’s down to the trustees and investment managers of the scheme to ensure the whole scheme fund has performed sufficiently to provide an income for life for everyone. Once the pension is transferred, this investment risk is then moved to the individual. If the investment doesn’t perform, the individual could run out of money before their retirement has finished (a polite way of saying before they die). If markets aren’t kind, or investment decisions are poor, there is no safety net.

One of the main benefits of a final salary/defined benefit scheme is its ability to pay an income for life, whether this is to age 75 or 105. The income is also inflation-proof, for the most part, and therefore removes the risk of running out of money.

Once a pension is transferred, it has to be managed throughout retirement, however long this may last. If someone has overspent in their early years, there is a risk of running out of pension income if they live longer than expected. The result could be a significant change in standard or living or poor care home provisions.

We would all love to spend our last pound the day before we die, but practically, this isn’t possible. It is often the case that people hold back a lot of their pension for later life only to die with thousands before they expected to. A final salary scheme removes this lifetime worry of managing a pot of money to the end.

How long could a final salary pension transfer take?

Moving funds from a scheme pension to a flexible arrangement isn’t a quick process. When a cash equivalent transfer value is received, the scheme provides a guaranteed three-month window to decide to transfer. The reason for this guaranteed period is it typically takes this long with an adviser to reach a decision.

A common misconception is that the actual transfer of the funds has to happen within three months; this isn’t the case. As long as the member’s intentions have been sent to the scheme, along with a signature from the financial adviser and the new scheme provider, this will secure the guaranteed transfer value by the deadline date. The scheme then has a further six months to enact the transfer, although many schemes do this a lot sooner.

Typically, a final salary transfer would take four months from the point of engaging with a pension transfer specialist to the funds being transferred. However, on infrequent occasions, it may take two to three weeks and on the extreme side up to nine months.

What have been the problems with pension transfer advice?

There are a few rogue traders in any business, and this doesn’t escape the financial service industry. Transferring final salary pensions can be lucrative for financial advisers, and there have been some bad practices in the past. Advisers are paid through final salary pension transfer fees. These are often taken from the pension once transferred.

The most recent and well-documented cases are those who had a British Steel pension scheme. During the ongoing talks of a takeover and the business failing, all British Steel Scheme members were sent a final salary pension transfer value along with a cover letter stating their options.

This included transferring to a new British Steel final salary scheme or transferring their benefit to a flexible arrangement, therefore giving up their guaranteed income rights.

There are stories of so-called financial advisers camping out in Steelworks car parks so that they could sign employees up to a transfer as they came off shifts. This is not final salary pension transfer advice, this is hard-selling unethical practice!

Transferring a final salary pension shouldn’t be a quick decision. It shouldn’t be forced on you or suggest to you without basis. For example, if you don’t understand your scheme benefits or the impact of the decision to transfer, you shouldn’t transfer.

The risks of being rushed or coerced into a decision are irreversible, and often any financial compensation isn’t sufficient.

The Final Conduct Authority is doing an excellent job of tightening rules and providing updated guidance to financial advisers on who they should consider for a transfer. Still, there are always a few bad eggs who don’t have the clients interests at heart.

I would always recommend spending time researching a financial adviser, reading reviews or getting a referral from someone who has been through the process with someone. Never rush a decision, don’t invest in anything that either sounds too good to be true, or you haven’t heard of or aren’t comfortable with.

Pension Transfer Specialist
4.6
Based on 9 reviews